Maria Gloria Serrato will be back in Oak Cliff soon. Tacos La Gloria
It was one of our favorite places of 2021; the beer garden at Oak Cliff Brewing Co., nestled in a glade of trees flanked by the taco truck, Tacos La Gloria. Can't really beat that for tacos and a beer.

Alas, Tacos la Gloria has left the building. Or, more specifically, driven off the lot.

Proprietress and namesake Maria Gloria Serrato started selling street food in Mexico City in the ‘80s and, since arriving in the U.S. in 1986, has steadily worked in restaurants. As we previously reported, Tacos La Gloria started when Serrato began selling dishes out of her home kitchen. In 2019 she and her family purchased a food truck and they have been set up at Tyler Station, where Oak Cliff Brewing Co. is located, for the past year.

The menu offered dishes Serrato cooked in her own kitchen for her family: street tacos, fajitas, quesadillas, sopes, huaraches, flautas, carne asada and menudo. All exquisitely paired with a local craft beer.


Serrato’s daughter Daisy Wall says it was a very difficult decision to make but a difference in opinions forced them to leave.

“We love our customers at Tyler Station, we love Oak Cliff, but we just couldn’t be there any longer. My mom was devastated to leave. Everyone has a different experience, but for us, it just didn’t work out,” says Walls, who was reluctant to go into any more detail. 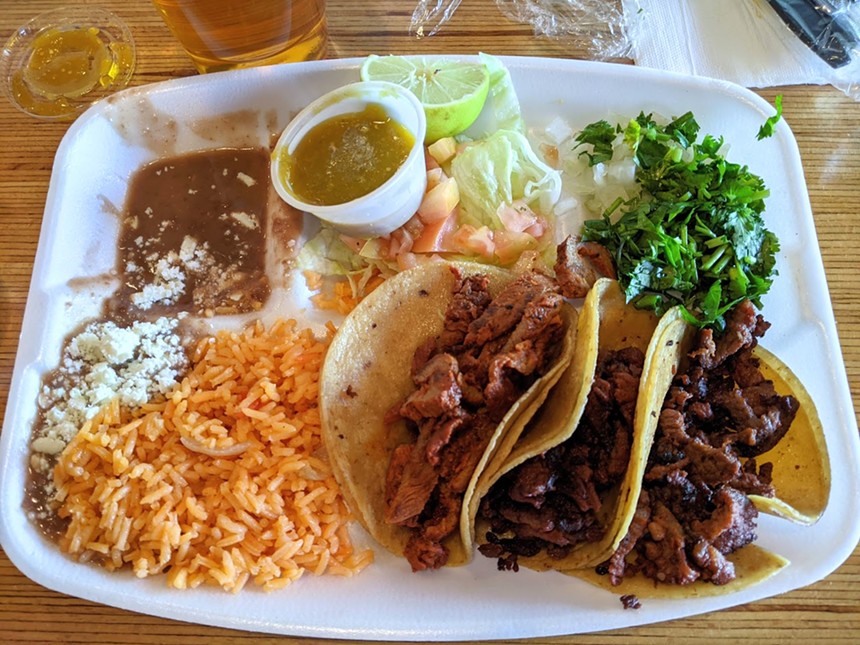 A plate of beef fajita tacos from Tacos La Gloria, served on its opening weekend at Oak Cliff Brewing Co.
Brian Reinhart
Instead, she wants to focus on the future, for which there certainly is one.

Wall said they are looking at another spot in Oak Cliff and also have plans to expand to a second location in Duncanville. Keep an eye on their Instagram page for more details.

For now, you can find them at the Dallas Stars game Oct. 7. Their truck will be outside the American Airlines Center as part of a Hispanic Heritage Month celebration. You can actually win tickets to the game through their Instagram account.
KEEP THE DALLAS OBSERVER FREE... Since we started the Dallas Observer, it has been defined as the free, independent voice of Dallas, and we'd like to keep it that way. With local media under siege, it's more important than ever for us to rally support behind funding our local journalism. You can help by participating in our "I Support" program, allowing us to keep offering readers access to our incisive coverage of local news, food and culture with no paywalls.
Make a one-time donation today for as little as $1.

Don't Miss Out
SIGN UP for the latest food & drink news, free stuff and more!
Join Today
Sign Up
Become a member to support the independent voice of Dallas and help keep the future of the Observer FREE
I Support