Restaurant Openings: CraftKitchen Expands to Frisco and Seasons 114 to Open in Southlake


Seasons 114 Kitchen, a first-floor addition to the incoming Westin Southlake Hotel, is a scratch kitchen with a vibrant bar that will serve Southern-influenced plates for breakfast, lunch, dinner and weekend brunch. The chef is Jenna Kinard, who was most recently helmed the kitchen at Hotel Drover in Fort Worth. 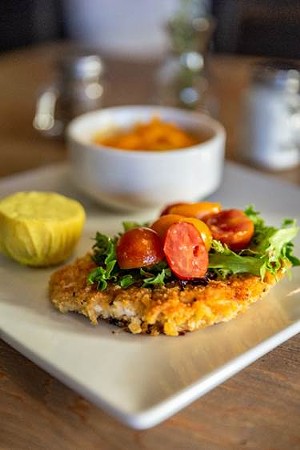 Chicken Milanese from CraftWay Kitchen
Samatha Reynolds
The restaurant will include an expansive patio and will be located adjacent to The Curve Lounge.

Following a successful opening in 2019, Plano’s CraftWay Kitchen is planning to open a new location in Frisco early next year.

Though CraftWay Kitchen opened at the beginning of the COVID-19 pandemic, the American tavern concept has thrived at its Plano location, making Yelp’s 100 Top Places to Eat in Texas list.


In addition to the restaurant’s tavern-style food, it has an expansive cocktail menu, including their popular frozen old fashioned that has reviewers calling CraftWay Kitchen “the best-kept secret in Plano."

Construction has already begun; the new location will open in early 2022.

“We’re excited to bring CraftWay Kitchen to Frisco,” restaurant partner Mike Hutchinson says. “We’ve been looking for the perfect spot to open in Frisco for some time, and we plan to become a real fixture for the nearby Starwood neighborhood.”